Valencia College is planning a phased approach for reopening. For the fall term, most courses will remain online, with a limited number offered on campuses. Student services, such as Advising, the Answer Center and Tutoring, will also continue online.

Valencia is a premier learning college that transforms lives, strengthens community and inspires individuals to excellence.

Valencia College is a member of the Florida College System, a network of 28 state colleges under the purview of the Florida Department of Education, and is accredited by the Southern Association of Colleges and Schools Commission on Colleges.

Under President Shugart's leadership, Valencia College won the inaugural Aspen Prize for Community College Excellence and was recognized as a "Great College to Work For" by the Chronicle of Higher Education.

For our next Campus President of the East and Winter Park Campuses, Valencia is seeking a dynamic, passionate and visionary leader who is deeply committed to being active in and serving the diverse needs of the community. Valencia College's philosophy and culture is rooted in collaboration, empowering teamwork for faculty, staff and administrators. These values are integral to Valencia and will form a framework around which the Talent Search Committee will consider candidacies.

THE NOMINATION AND APPLICATION PROCESS

To submit your candidacy and apply to this position, please complete an online application and include a letter of interest, curriculum vitae and five professional references with email addresses and telephone numbers. References will not be contacted without prior authorization from the applicant.

The Talent Search Committee will begin a review of applications the end of March 2020 and continue working until a selection is made. To ensure full consideration, applications should be received by Thursday, March 26, 2020, at 7 p.m. EST.

The president of the East and Winter Park Campuses is one of three campus presidents at Valencia and reports directly to College President, Sandy Shugart, and is a member of the President’s Senior Team. The Campus President supervises 10 deans who provide oversight to large academic areas.

The role of the campus president is a high-profile role that represents a unique opportunity to transform lives in Central Florida and beyond. Our Campus Presidents lead Valencia's efforts to make significant improvements in student learning outcomes at a learning-centered college, provide leadership for our dynamic and rapidly growing campuses, and genuinely and deeply engage with a diverse community to increase access to higher education. The primary role is to ensure significant and measurable improvements in learning within a supportive environment. 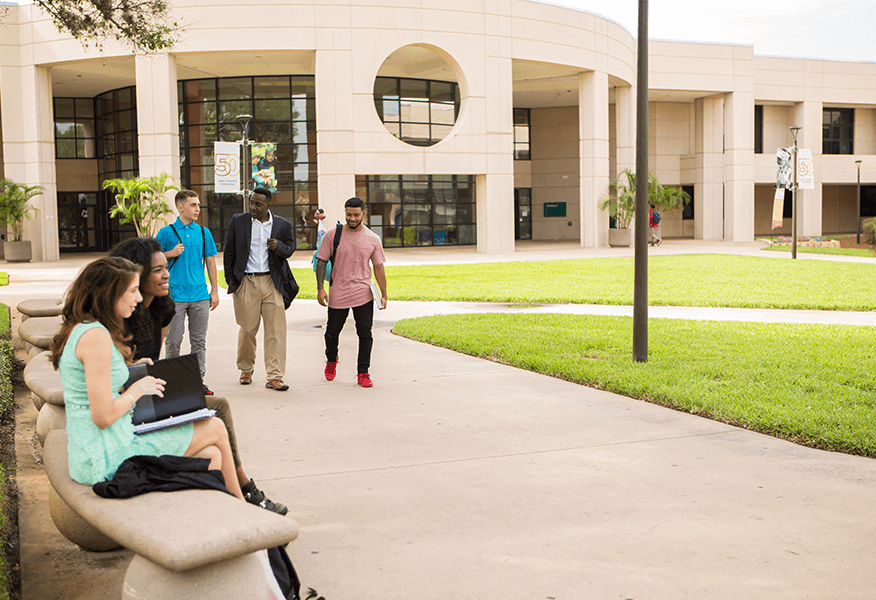 Situated just outside the Orlando city limits, the East and Winter Park Campuses offer access to higher education to students living in the eastern region of Orlando.

As the second-largest state college in Florida, Valencia served nearly 78,000 students during the 2018-19 academic year. Valencia College has a diverse student body, with over 63% coming from historically underrepresented populations and learners from 132 countries. The East and Winter Park region, comprised of the East and Winter Park Campuses, served more than 30,000 students during the same period, or nearly 39% of the College's total. Students completing an Associate in Arts degree at the East and Winter Park Campuses, have powerful pathways to baccalaureate degrees, or one of a number of Associate in Science degrees, that prepare students for immediate entry into the workforce.

Valencia College East and Winter Park faculty and staff members are dedicated and committed to creating an academically challenging environment, offering flexibility, support and encouragement to our students.

Valencia College's East Campus serves approximately 28,000 students annually, and is known for many outstanding programs and faculty. The East Campus is also home to the School of Arts and Entertainment, which serves 9,500 students in five different Associate in Science degrees programs and offers five Pre-Majors in art, dance, theater, musical theater and music that transfer to the University of Central Florida's Arts and Humanities and Performing Arts Schools. Located only a few minutes from the University of Central Florida, East Campus is convenient for students taking general education classes and earning an Associate in Arts degree.

The student body on East Campus is diverse with 14 percent African American, 32 percent Caucasian and 36 percent Hispanic. East Campus was founded in 1974 and now is home to 10 buildings which house approximately 205 full-time faculty, 530 part-time faculty and 420 part-time and full-time staff.

In 2015, the East Campus received a $2.625 million Title V grant to increase transfer and graduation rates for East Campus pathways, focusing on four of the largest transfer discipline areas to the University of Central Florida including business, psychology, education and arts. To learn more about East Campus, visit the campus page.

Centrally located in what has been called one of the most picturesque cities in America, the Winter Park Campus opened in 1998, in the heart of the famous Park Avenue shopping district and minutes away from the SunRail station. The Winter Park Campus is a one-building campus, which houses 2,600 students annually and offers both general education courses and programs such as teacher education and accounting, to name a few. This campus is also home to the Jeffersonian Honors Program, which is focused on producing active, global citizens.