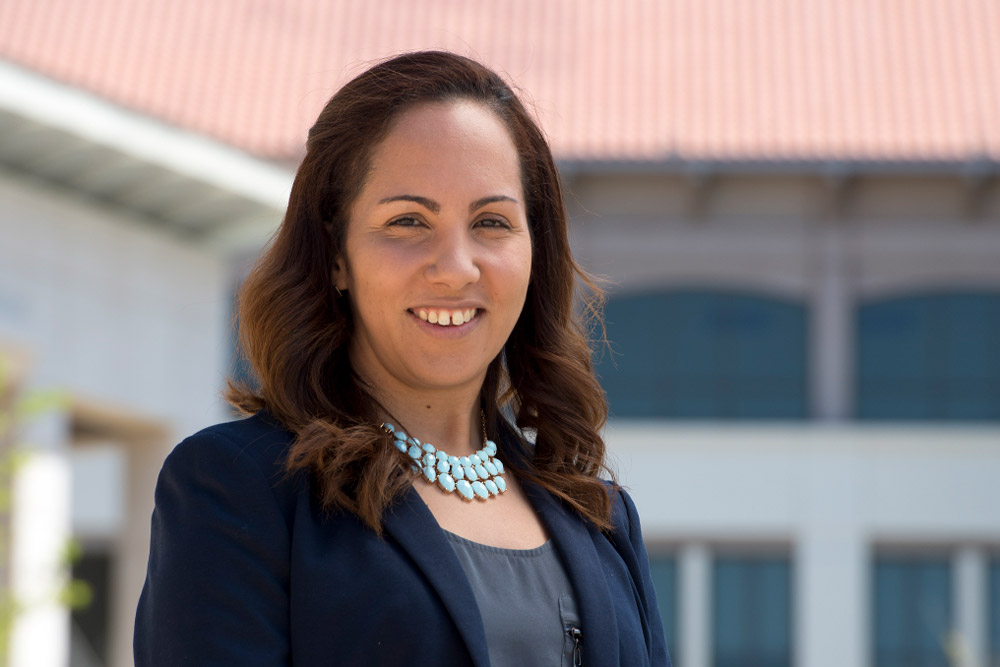 A teen mom, Emmy Torres dropped out of high school in her senior year. When her son stumbled in high school, she vowed to finish her diploma with him. She then marched to Valencia College – and is now working on her master's degree.

Emmy Torres has faced down many challenges in her life – getting married and then pregnant at 16 years old, living in an emotionally abusive relationship, and finding herself alone and broke by her late 20s, desperate to support two children.

Because of her personal struggles, Emmy’s path to a college diploma was full of setbacks and detours, landmines that threatened to derail her at every turn.

But Emmy Torres is a fighter – and she has always bounced back. More than 20 years after she dropped out of high school in Connecticut, Torres graduated from Valencia College with an associate in arts degree and was named the Mary Smedley Collier Distinguished Graduate for 2016.

“This is all a dream,” said Torres. “It’s like I’m living the experiences that I missed out on so long ago.”

Emmy’s story began in her hometown of Norwalk, Connecticut, where at 16, she married her high-school sweetheart, despite her parents’ disapproval. Before long, she was pregnant, and dropped out of high school only two months before graduation. For the next four years, she tried three times to finish that high-school coursework, only to get derailed in one way or another.

Although she didn’t have a diploma, Emmy landed good jobs and worked hard to succeed. After her turbulent first marriage ended, she moved back to Connecticut, broke but determined to bounce back. Working on a construction crew to feed her kids, she began rebuilding her life. She remarried and, in 2007, Emmy and her family moved to Poinciana. Together, they had two more kids and carved out a good life. While he flipped houses, Emmy worked as a data tech.

But secretly, she always wanted to finish high school – and was too embarrassed to admit to her kids that she’d dropped out.

So when her oldest child was a senior in high school and got a bad case of senioritis that threatened to derail his graduation, Emmy stepped up. She admitted she’d never graduated and, together, they vowed to earn their high-school diplomas together.

While her son got back on track, Emmy completed a six-month GED program in two months. The day after she received her high-school diploma in the mail, she came to Valencia College to enroll.

While at Valencia, Emmy was also instrumental in organizing the first Osceola Hispanic Heritage Festival on campus and for raising more than $6,000 for student scholarships to benefit undocumented students, most of whom are not eligible for financial aid.

After graduating from Valencia, Emmy transferred to Rollins College, where she served as the president of the Latin American Student Association for a year and also worked on faculty/student qualitative research. She was given the opportunity to present the group’s findings at the Southern Sociological Society Conference at Atlanta in 2019, along with a presentation on her own sociological research on breaking the cycle of intergenerational teen pregnancy. Emmy graduated cum laude from Rollins in 2019 with a degree in Latin American & Caribbean Studies/Sociology, and also won the C. Wright Mills Sociology Award. During this time, she was commuting three to four hours a day – and working part-time in the student development office on Valencia’s West Campus.

In July 2019, she started working at Wiley Education Services, and she is currently pursuing her master’s degree in management and organizational behavior from Benedictine University. Next up? She wants to get her doctorate in education leadership.

“The sky’s not the limit for me,” she says. “Valencia has taught me that. After all, there are footprints on the moon!”