On Friday, February 10, 2023, all Valencia College campuses and locations will be closed for faculty and staff to participate in our annual, collegewide Learning Day. For general assistance, you can call 407-582-1507.

Ahead of His Time: 14-Year-Old Becomes One of Valencia's Youngest Graduates

Evan Byrne doesn’t have his driver’s license yet, but he has an equally important document – an Associate in Arts degree from Valencia College.

Evan graduated from Valencia College in December 2022 at age 14 – becoming one of the youngest students to ever graduate from Valencia -- and is now headed to the University of Central Florida to continue his studies in psychology.

How did he graduate from high school at age 13, and complete his associate degree by age 14?

Evan moved to Florida from New York while in middle school and discovered that he was three years ahead of his peers in Florida. At New Hope Christian Academy, he soared through his classwork -- doubling up on lots of homework and doing high-school level work – and graduated from high school at 13.

When he enrolled at Valencia College, Evan’s goal was to become a dentist, but when he learned that he couldn’t take any health sciences courses until he was 18 years old, he pivoted – and began studying psychology.

At Valencia, a few curious classmates asked him how old he was – and frequently wanted to see his ID!

Now, as he heads to the University of Central Florida --  where his mom will have to drive him to campus until he turns 16 – Evan is excited to focus on his psychology classes. His goal is to earn his doctorate in psychology by age 20.

Watch the WKMG interview with Evan 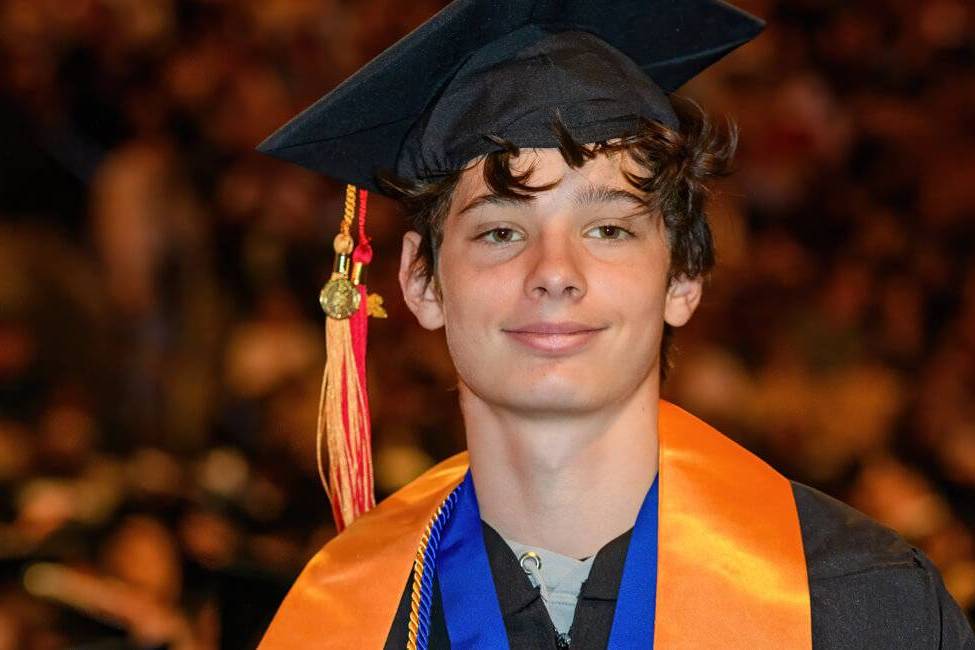 Evan Byrne graduated from Valencia College at age 14, becoming one of the college's youngest graduates ever.