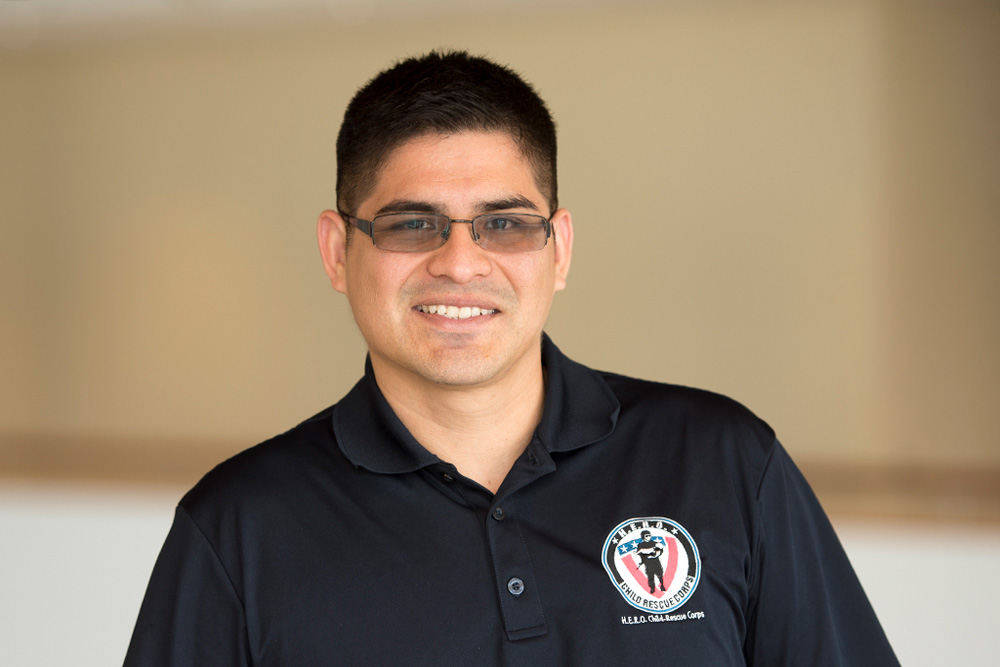 Geovanny Perez has always wanted to protect others. That’s why he worked as a lifeguard at Disney resort hotel for several years – and why he enlisted in the US Army in 2010.

And it’s why today this Valencia College graduate, who studied cybersecurity and digital forensics at Valencia’s West Campus – is now working as a digital forensics analyst for the Department of Homeland Security, where he assists in tracking down child pornographers, sex traffickers and drug dealers.

His job, he says, is to help piece together evidence. “It’s like being a detective. You have to put pieces together and find out what happened. You build that story, and then you can tell that to the case agent.”

Perez, who’s originally from Ecuador, wanted to attend Valencia College shortly after he arrived, but didn’t have the money when he immigrated to the United States at the age of 21. So he worked as a lifeguard at Disney for several years, and then enlisted in the Army in 2010. After basic training, Perez was sent to Germany for six months and then to Afghanistan for a year. After he returned to the U.S., he was stationed at Fort Campbell, Kentucky, when he experienced a career-ending leg injury.

Medically discharged and uncertain what to do next, Perez returned to his old job, lifeguarding at Disney. But he wasn’t happy. He still wanted to serve people, but he didn’t know how.

So when a friend told him about Valencia’s two-year degree program in cybersecurity, Perez was intrigued. He’s a detail-oriented person, so he thought he’d take a few classes and see. And, before graduation, he landed an internship with Homeland Security Investigations (HSI). There, in Homeland Security’s Tampa office, his primary duties involved computer forensics – using computers’ hardware and software like a detective to track criminals.

The internship wasn’t paid – and it required him to drive to HSI’s Tampa office every day. But it was great experience, says Perez. “When I took my first forensics class at Valencia, it put me in a good position,” he says. “Because when I did my first college internship, they were pretty impressed that I knew the basics and the tools that they already were using.” 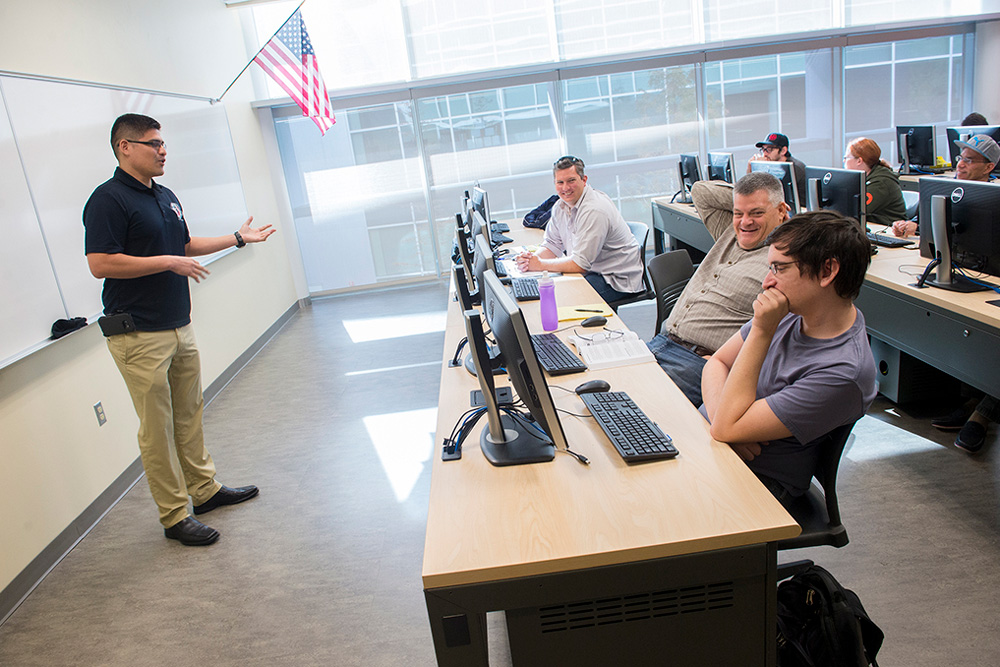 After graduating in 2017, Perez landed a job with HSI digital forensics lab in Pensacola. And it was there, in December 2019, where a Saudi Royal Air Force soldier studying at Pensacola Naval Air Station shot and killed three U.S. soldiers, and injured eight others. Perez and one of his coworkers were the first computer forensics analysts on the scene – and helped the FBI comb through the computer evidence to determine if the Saudi national was acting alone or was part of a larger plot.

Now, after four years and several promotions, Perez has returned to Orlando, where he’s working in a larger HSI office. And while the work isn’t for everyone, Perez likes it.

“It feels good putting bad guys in jail,” he says.