Her Friends Suggested She Try Engineering; Now She’s Working on Her Ph.D. in Biomedical Engineering

When Lietsel Richardson graduated from Valencia College in 2014 – and led his fellow graduates in a rousing chant of “we don’t settle, we succeed,” at the conclusion of his commencement speech – people at Valencia knew he was going places.

Lietsel Richardson is, at the age of 26, working on her doctorate in biomedical engineering. But if it hadn’t been for classmates at Valencia College, she may never have even thought about becoming an engineer.

She got there, as it happens, with a little help from her friends.

As a freshman in college, Lietsel had her sights set on becoming a doctor. So when she enrolled at age 17 at Florida International University in Miami, she declared herself a biomedical sciences major. And a year later, when she transferred to Valencia College (to be closer to her parents, who’d just moved to Orlando), Lietsel continued on that path.

That is, until she began tutoring her Calculus 2 classmates at Valencia’s West Campus. Her friends, (who were engineering majors) told her that she was so gifted in math and physics that she ought to consider engineering.

Then they made her get up and walk with them to the office of Prof. Charles Davis, who teaches introduction to engineering at Valencia’s West Campus, and serves as the advisor for several engineering societies at Valencia College.

“I had never met any engineers, and I had no idea what it entailed,” recalls Lietsel, who grew up in the Dutch-Caribbean island of St. Maarten, but attended high school at the private Florida Air Academy in Melbourne. “It was a lot to take in. I guess it had to do with the fact that I didn’t have any guidance counselors or teachers in high school tell me I would be a good engineer. So I had a lot of questions for Professor Davis. I asked what skillsets engineers had. I didn’t want to give up biological sciences, but I was interested in pursuing something challenging. As much as I was passionate about biology, I wasn’t feeling very challenged.”

Not quite sold, however, she started attending meetings of the Valencia Chapter of the Florida Engineering Society and began working on some small engineering projects with friends. “After working on a few hands-on projects,” she says, “I realized engineering was for me.”

Lietsel and her friends graduated from Valencia in the summer of 2014, and enrolled at UCF in fall 2014. She never felt lost at UCF, however, because she and her Valencia engineering friends signed up for most of their introductory engineering classes together.

But engineering is such a broad field – with so many possibilities – that Lietsel still felt a little lost. So, at UCF, just as at Valencia, she joined student engineering clubs to help her narrow her focus. “Because a lot of the engineering majors can be very general, it can be difficult to figure out what to do with your career. There are so many different areas of engineering that these clubs explore, and they give you the chance to try things out, to see what you want to focus on in your career,” says Lietsel. “It also gives you the chance to do hands-on learning, to apply what you’re learning in the classroom, and it’s a great way to build up your resume, because companies want to see that you’ve done hands-on work. And it’s great practice in working in teams, which companies want to see.”

As part of her quest, Lietsel signed up for a competition called CANSAT, in which her team had to build a small satellite that would be launched by a rocket – and provide real-time readings to the team on the ground. The experience was neat, says Lietsel, because it was the first time she tried programming and working with micro-controllers. However, in the end, she realized that aerospace engineering wasn’t her thing. 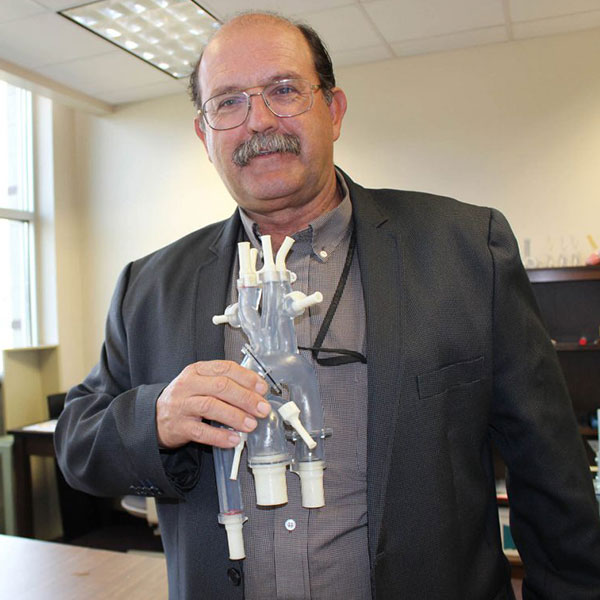 And, even better, Kassab recommended that she join UCF’s new biomedical engineering society. That set her in motion. Soon, she began working with a professor who was using motion-capture to study knee injuries in female soccer players – to learn why the injuries are so prevalent. “That,” says Lietsel, “is where my interest in biomechanics actually began.”

The project didn’t take off, because the professor couldn’t get funding, but she’d sparked a fire in Lietsel. While Lietsel was working on her master’s degree – and a proposal to create a miniaturized robot that could deliver medicine in the human body – she also began talking to another UCF professor, Dr. Helen Huang, who had started a lab at UCF that focuses on biomechanics rehabilitation and interdisciplinary neuroscience. 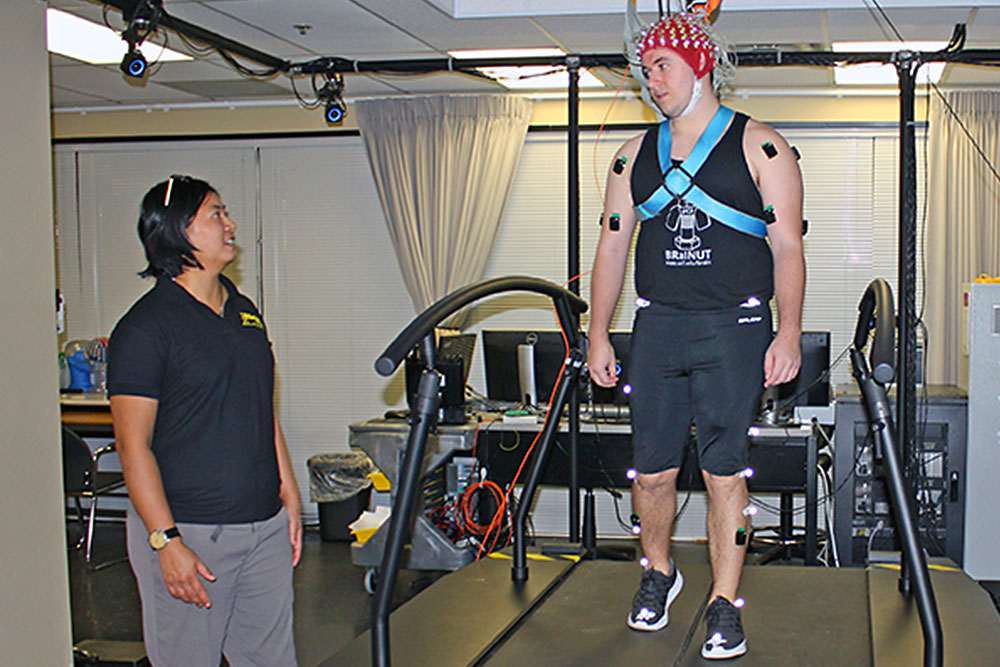 Dr. Helen Huang in her lab at UCF.

Huang gave Lietsel tours of the lab and encouraged her to pursue a career in academia. Huang’s research also inspired Lietsel, who’d started out wanting a career as a doctor. “I thought, this is for me, this combines everything I love,” she says. “It combines the hard sciences, the engineering, the problem-solving that goes into engineering and just the interdisciplinary nature of that research is what drew me to it.”

While Lietsel once thought about joining her Valencia College engineering pals (who have now spread around the country in different jobs) as a working engineer, she decided she’d be happier conducting research and teaching as a college professor.

Now, she’s in the early stages of her Ph.D. program – and estimates that it will take her about four years to complete. After that, she plans to apply for a post-doctoral fellowship and then pursue a career teaching at a university. “I like teaching and I obviously love to learn, and if I’m in a career where I get to learn and teach every day, I think I would be incredibly happy,” she says.

But she says she never would have found her way to engineering and her life goal, if it hadn’t been for her experiences at Valencia College.

“I’ve attended three colleges and universities. Out of the three, I really found a sense of community at Valencia — not just through the faculty, but through the students. They all come from different walks of life; we all have different life experiences, but we come together,” she says.

“That experience at Valencia was very special and I hold it very near and dear.”