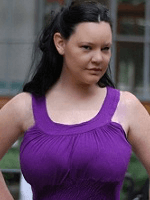 Jodi Brock is a Senior Instructional Assistant at the Communications Center. She received a Bachelor’s degree in Elementary Education and a Master’s degree in TESOL (Teaching English to Speakers of Other Languages) from the University of Central Florida.  When not working at Valencia, she enjoys working part-time buying and selling antiques, traveling, studying linguistics and philosophy, and spending time with friends and family. 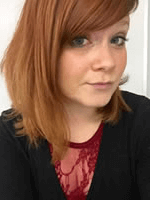 Rachel is a writing consultant and English professor at Valencia. She received her BA in English from Florida State University and her MFA in Creative Writing from University of Central Florida. When not working with students, Rachel writes online for various websites and works to get her own fiction published. She also enjoys arcade games, podcasts, and pouring latte art. She is always looking for a good place to get lunch. 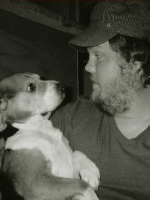 Chris is a graduate of UCF with a Bachelor's in English.

He and his wife are screenwriters and authors, with two published books and a film that premiered on the Hallmark Movie Channel.

When he is not working, he watches every television series that isn't about a doctor, lawyer, or police officer. Everything else about him, he wishes to keep secret. 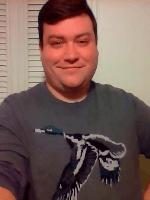 Michael has a B.A. Degree in English Language Arts Education from the University of Central Florida and holds a current Florida teaching certificate.

Before coming to Valencia, Michael taught students with learning disabilities for four years.

When not working, Michael enjoys participating in trivia competitions at local establishments, traveling, and playing board and video games. 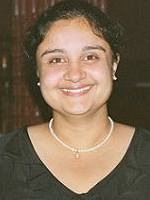 Yogini is originally from India. She completed her masters in English Literature in India and TESOL at the University of Central Florida. She also has a diploma in the Japanese Language. She loves music and spending time with friends. Teaching has always been Yogini's passion. She likes to help people and to interact with them. 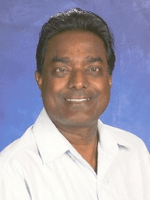 Silva Kandiah has a Bachelor of Arts (a major in English and minors in history and geography) and a Master of Social Science (geography), both from the National University of Singapore. He retired after 27 years in Singapore for Singapore Airlines in Corporate Communications, Human Resources, Aviation Security, and a range of other functions. He continues to write for various media and is working on some books. He is also a volunteer with SCORE- counselors to small businesses. 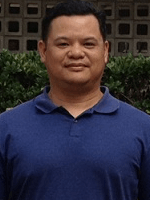 Al Marquez is a Senior Curriculum Assistant in the Communications Center. He received a bachelor’s degree in English and international affairs from Florida State University. When he’s not fishing, studying Aikido, or seriously causing harm to others with his cooking attempts, he can be found chasing the latest whimsical nonsense that has popped into his head. 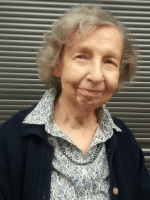 Glenda was born in Kansas City, MO, and then moved to Texas. There she graduated from high school, married, then spent several years moving around and bringing up five children. She lived in Europe for two years as well. Glenda has an A.A. from Brevard Community College and a B.A. from the University of Texas in El Paso. 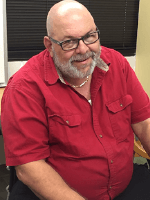 Music is the second greatest gift we have: second only to the ability to love each other.

As well as tutoring in the Communications Center, Gary also tutors students in Music Theory. 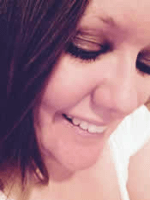 Kathleen Fernandez has a B.A. in Creative Writing from the University of Central Florida and an MFA from Lindenwood University. Kathleen, along with her husband and co-writer, has three published books and several produced screenplays. Kathleen and her husband met years ago when they were both students at Valencia, and she has been committed to her husband and Valencia ever since. When she isn't helping students, she is writing, mostly about Las Vegas and/or alien abductions. 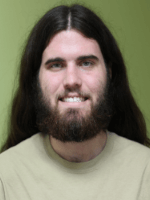 Josh graduated Valencia College in the Spring of 2016 with two A.S. Degrees in Computer Programming and Computer Information Technology. He is starting UCF in the fall of 2017 for a B.A.S. in Software Development. Joshua is active with several organizations here on  East campus. He likes to spend his free time playing card games or video games. 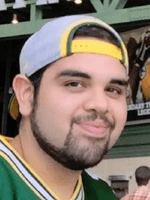 First Team All-Pro in the game of life.